Today has been a special day on two counts. Firstly, because it is the day that the Open University celebrates its 40th birthday, as 23rd April 1969 was the day the Charter was granted to the OU by the Queen, allowing it to come into being. I was on leave today because we are doing some home decorating, however I had good reason to go to the OU at lunchtime because it was the first proper OU choir rehearsal for the 40th anniversary concert (28th June) and we’ve got a lot to learn (Willcocks ‘In the beginning’ and Beethoven’s Choral). But I didn’t go into the office, only the old church, which looked glorious in the spring sunshine.  The electronic signs at the entrances to the OU were both displaying a ‘Happy Birthday’ message (see John Naughton’s blog).

The second reason for today being special is that it is of course St George’s Day, and what better way to celebrate than watching some Morris Dancing outside a Pub. One of my colleagues has recently joined a female group of Morris dancers, and this was her debut performance, so a group of us from work went along to support her. I took my elder daughter, but didn’t tell her why we were going to Stoke Bruerne, only that we were going. The Old Mother Redcaps took their turn amongst the other sides who were dancing, and did some really good dances (Chetz had no reason to feel nervous as she didn’t make any mistakes).

Eleanor really enjoyed watching the dancing , the bright costumes (some of them slightly eccentric, and therefore all the more interesting), the musicians and the enthusiasm of the crowds of spectators. She was intrigued to learn that her Godfather used to be a Morris Dancer.  It was a great way to introduce her to a good English tradition (she took some photos, and video which unfortunately came out too dark).  However for video of the event, and other photos, see the following links: 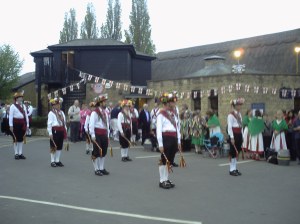 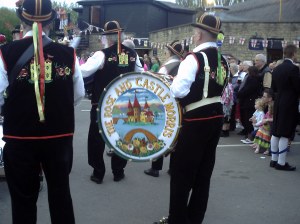 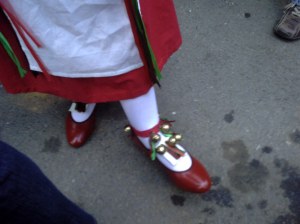 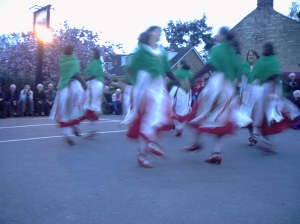 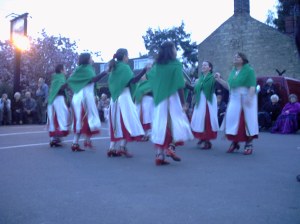 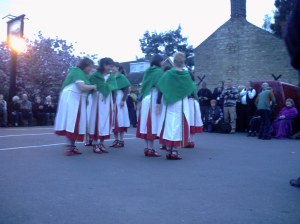 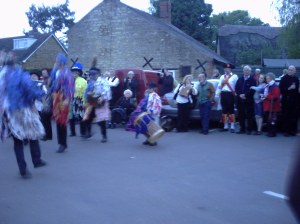 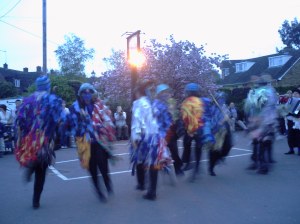